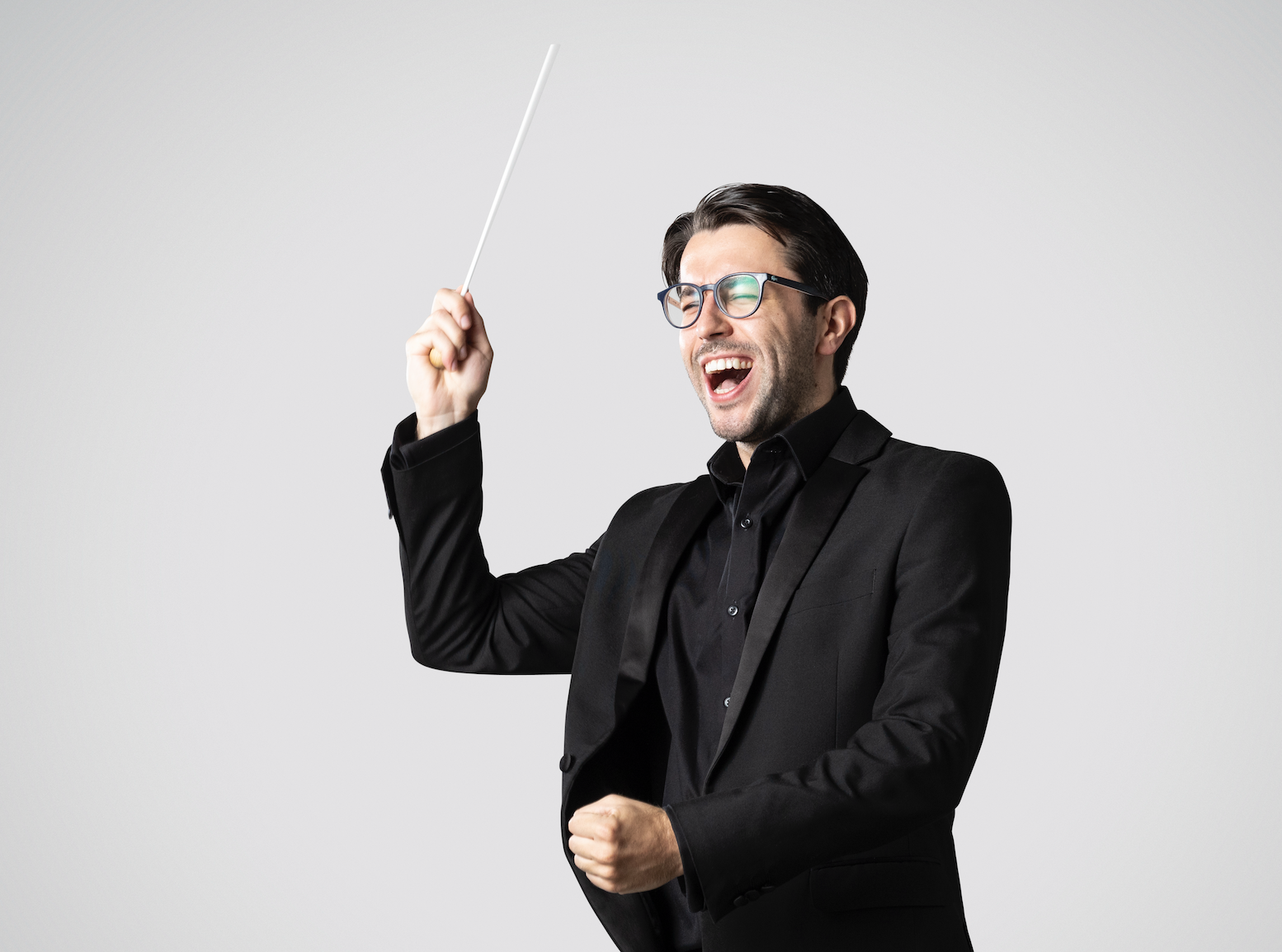 In spite of the COVID-19 pandemic, the 2020/2021 season was greatly successful for Ondřej and brought about a number of exciting professional engagements for the upcoming season (more on that in the near future!). Ondřej engaged with his diverse interests in symphonic, operatic, choral and new music, and expanded his stylistic awareness in masterclasses with Sir Roger Norrington, Sir Antonio Pappano, Jac van Steen, Martyn Brabbins and others.

Here is a summary of the autumn part of the season. For more details check out the ‘Autumn 2020 at RCM’ article on this site. Ondřej performed Wagner’s Siegfried Idyll, recorded Stravinsky’s Symphonies of Wind Instruments with the support of Jac van Steen, assisted Martyn Brabbins on Mahler’s Ninth Symphony and worked on a number of other projects and compositions, and on perfecting his craft.

Between January and July, there was an abundance of projects that Ondřej was involved with and here are some of the highlights.

Full of energy and new skills, he returned to London to conduct Mozart’s Piano Concerto No. 17 and Bartók’s Rumanian Folk Dances in a project he organised together with his colleague who conducted Barber and some Mozart, too. Later in the season, the two conductors shared Beethoven’s Second Symphony as sharing is caring and we all needed plenty of that during the pandemic!

The greatly anticipated live recording of Stravinsky’s Soldier’s Tale with Sir Thomas Allen took place on 7th May. The recording was produced by RCM’s artistic director Stephen Johns. The project was featured in RCM’s In Focus series which presents selected performances at the College. The filming of the project was done by a crew from Middlesex University, and RCM musicians were also joined by 3 choreographers and 48 dancers from the Central School of Ballet.

Ondřej worked with the RCM Philharmonic on several projects including his assessment. There, he performed Verdi’s La forza del destino overture, for which he received a distinction. On a different Philharmonic project, he stepped in for Martyn Brabbins at short notice to conduct Thea Musgrave’s Turbulent Landscapes. With regards to RCM Symphony Orchestra, Ondřej prepared Debussy’s La Mer for Jonathon Heyward, whom he assisted.

One of the highlights of the whole season was a personal invitation from Martyn Brabbins to conduct the English National Opera orchestra in a masterclass on Elgar’s Enigma Variations. Martyn’s generosity and the orchestra’s warm-heartedness and support made the whole experience a truly memorable event.

Among the many projects that Ondřej took part in, he also assisted James Henshaw and the Outcry Ensemble on Beethoven 251 – a cycle of Beethoven’s symphonies from the first to the eighth. This followed a masterclass on conducting opera choruses that James led and that Ondřej took part in. Another masterclass that he attended was with Ensemble Cambrica in Cardiff, led by Ryan Bancroft and Jac van Steen. The repertoire for this was a reconstructed version of the original Serenade No. 1 by Brahms.

Another invitation came from composer Jon Nelson to premiere and record his Arctic Flow. Ondřej continued his work with RCM New Ensemble and also worked with the Explore Ensemble, a professional London-based group. With RCM New Perspectives, he performed Hannah Kendall’s Verdala at the invitation of Tim Lines. Following masterclasses on conducting with picture led by Ben Pope, Ondřej also recorded new film music on a number of occasions.

For more information about other projects Ondřej took part in like Tchaikovsky’s and Schumann’s Fourth Symphonies, or Beethoven’s Sixth, please see the ‘Past Performances’ section on this website, and feel free to get in touch.

Photo Credit: Courtesy of the Royal College of Music.

Ondřej Soukup is an exciting young conductor with a diverse repertoire of 250+ works by men and women from the last 500 years. He has recently performed with BBC SSO, Czech Chamber Philharmonic, Bohuslav Martinů Philharmonic and others. In the 2022/2023 season, Ondřej makes his debut with the Copenhagen Philharmonic, The Danish Sinfonietta, Ålborg Symphony, Århus Symphony and Odense Symphony.