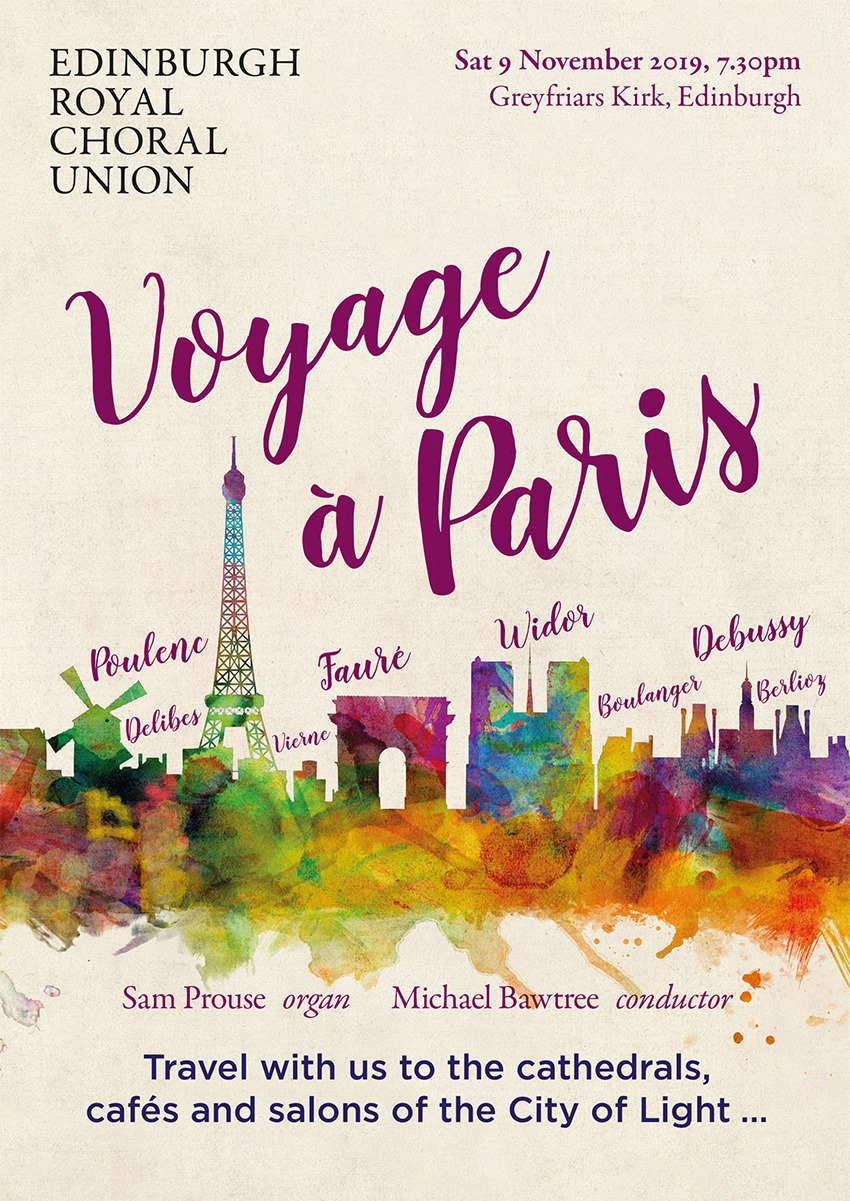 Ondřej Soukup has been selected as a Conducting Fellow with the Edinburgh Royal Choral Union for its 2019/2020 season. Under the guidance of Chorus Director Michael Bawtree, Ondřej’s duties will include performing selected works with the choir as well as leading rehearsals.

During the course of over 150 years, ERCU has become one of the leading choirs in Scotland and has recently been featured in BBC Music Magazine’s article titled ‘The Best of British Choirs’. Having opened its current season with a performance alongside Andrea Bocelli, ERCU’s next concert titled ‘Voyage à Paris’, will focus on French repertoire and will feature works by Berlioz, Debussy, Fauré, Vierne, Widor and others. Next, ERCU will perform Mahler’s Third Symphony alongside Prague Symphony Orchestra led by Pietari Inkinen. ERCU’s Christmas concert will feature a varied programme including Czech Christmas works. The ensemble’s traditional New Year’s concert presenting Händel’s Messiah at the Usher Hall in Edinburgh will be led by Jane Glover CBE. Further concerts will include Stainer’s Crucifixion, Haydn’s Creation, and the ERCU season will close with a tour to Italy.

Ondřej Soukup is an experienced conductor of orchestral, operatic and choral music with repertoire ranging from Renaissance to 21st century music. He has conducted numerous performances in six countries and his work engagements regularly see him involved in international projects. Ondřej’s work as a conductor has been recognised and supported by a number of awards and scholarships.